Hello to the New, Goodbye to the Old 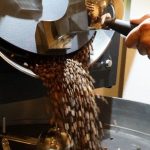 Hello all! Morocotas’/Primos de Origen’s Coffee Roaster here. It’s been a little over a year since I started roasting as a full time job and I’ve learned a lot in that time. I’ve honed my skills on roasting profiles, development times/percentages, blending and consistency. While I have learned so much (and still have so much to learn), I thought I’d share my thoughts on the two biggest lessons I’ve learned as a roaster so far that might help other aspiring roasters starting out on their own adventures.

Lesson one: Be very aware of your local market and the local tastes.

This may seem obvious, but it can often be overlooked. At the end of the day, roasting is a business and if you’re making coffee your local coffee drinkers and cafeterias don’t like, chances are, they are not going to keep buying it. If you like super light roasted and acidic coffees, but are roasting for the Spanish market, it may be a tougher sell. I’m not saying it’s impossible, but it will be easier if your tastes align closer with the locals’.

Our experience in Santander, being the first Micro Specialty Roaster here, has been very interesting. Very generally speaking the locals here are relatively conservative. There is still a lot of “Torrefacto” coffee being drunk in Santander (and indeed throughout Spain and Portugal), which is about as far away from Specialty Coffee as you can get. Torrefacto style coffee was invented around the Spanish Civil War, and consists of coffee roasted (or “cut” if you like) with sugar to increase its weight and increase its shelf life and reduce its price. It’s also roasted to the point where the coffee looks like small lumps of shiny coal. There is an interesting article written about Torrefacto in “The Perfect Daily Grind”– I’ve included the link below.

So how, given Torrefacto’s prominence, have we managed to convince locals here to drink our Specialty Coffee? Well for one, people are curious and like to try new things, and when it tastes better, you get people coming back, but ultimately, I’d say it has to do with choosing at least one or two coffees that you think will not be such a massive departure from what people are used to. In our case we make sure to have some sweeter, more full bodied coffees and slowly wean our customers onto lighter roasts with more aromatic and acidic notes over time. We’ve found the best way to do that is to just be nice about it, not judge people for their coffee habits, explain only when asked and not force information (and coffee preferences) onto people and you will be amazed at how ready people are to embrace new tastes.

Lesson two: Roast any given coffee the way you and your team personally think it tastes best.

Why do I say this? Well firstly, it’s difficult as a roaster to be confident of your coffee’s merits if you don’t personally like it. If someone tells you, you should roast coffee a certain way because you should be accentuating more caramel notes and you try it and it just doesn’t click with you taste wise, change it. Roast it according to the profile you and your team likes and enjoys it. Chances are, other people will like it more as well. You will have your critics (everyone has an opinion on coffee), but you should not be one of them.

I’m not saying don’t experiment with different roast profiles – you should absolutely experiment (budget and time permitting), but don’t put anything out there that you are not confident about just because it’s “à la mode” to do it one way or the other. This will build your confidence as a roaster, and also build your confidence as a salesperson (it’s easier to sell something you like after all!).

Anyway, that was my two cents on the issue. In other news: I’m super happy to announce that our new coffees have arrived! They include a natural and a washed coffee from the same farm in Ethiopia, so people can compare the different flavours the drying process has on coffee, as well as a washed Colombian decaf. They will be replacing our previous washed Ethiopia (from the same farm, but last year’s crop) as well as our washed Honduras and our Mexico Decaf.

We’re really excited about offering our first naturally dried coffee: the flavour isn’t too intensely fermented and has a lovely balance, which we think will be a great introduction into the “naturals” world for people who have never tried one before. Being able to compare it with the same farm’s washed coffee will be an added treat as well. Full descriptions are available on the coffee product pages which I will post a link to here once we get our first batches going. You’ll be able to buy the coffees online or in store.

Also, we’re going to be changing our roastery/café layout in the coming weeks to help with the flow, so watch this space for the furniture rearrangement pics.

Out with the old, in with the new! 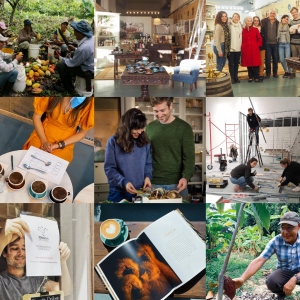